Lakle pulled himself along the floor.

He was dying, he knew.

But he had to get outside.

He’d be fine as long as he could get into the star’s rays.

His breathing was laboured, wheezing until it hurt; his legs were practically useless, his powerful arms shaking uncontrollably.

He had won, but at a terrible cost, his enemies all defeated.

His uniform was bloodied and tattered, the primary colours marred by rents and tears and his own dark red blood.  His handsome chisel-jawed face was pale and bruised, his short raven hair a mess.

He could see the sun’s rays shining in through the entrance he had handmade with one fist.  The rays were creeping slowly further away as the region’s daytime receded.

Groaning, he pulled himself forwards, feeling the light growing stronger and stronger.

He heard footsteps, laboured and inconsistent, somewhere in the darkness behind him.  He turned to check, but he couldn’t focus on anything distinct in the darkness of the building.  He tried to hurry, feeling the healing light getting closer and closer.

The footsteps behind him were almost on top of him, and he could hear the animalistic huffing and puffing of some creature breathing heavily and painfully.

Lakle kept going; he had to.

So many were depending on him.

First his hand reached the sunlight and the injuries closed up and disappeared, and then the rest of him.

Something with solid metal hands grabbed one of his ankles, and he turned, his eyes literally lighting up.

Shafts of burning heat erupted and scorched the creature into oblivion.

The sunlight bathed him, and he was finally able to stand and march outside, his head held high. 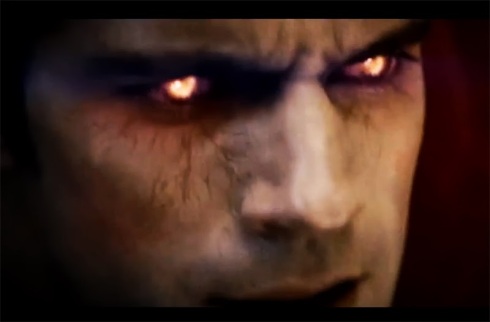